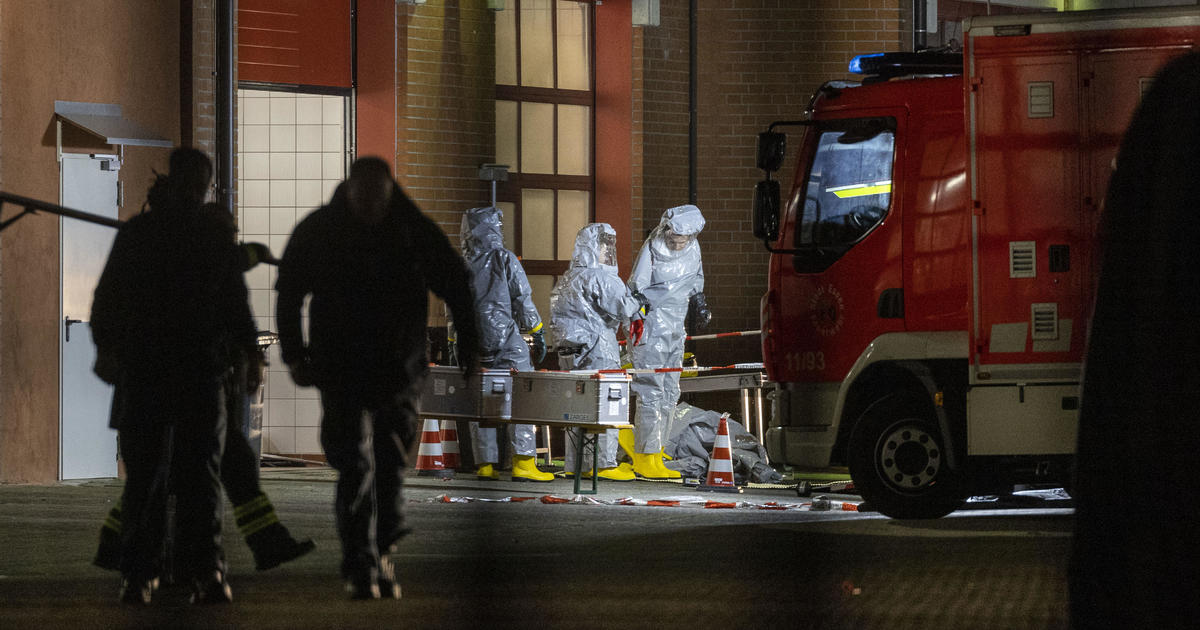 
Berlin — Counterterrorism police in Germany raided an apartment in the west of the country over the weekend, arresting an Iranian national and his brother who now stand accused of preparing an attack motivated by Islamic extremism. The 32-year-old man who was the primary subject of the investigation is suspected of preparing an attack using cyanide and ricin, according to the General Prosecutor’s Office in Düsseldorf.

The suspects were taken into custody on Sunday. How far the plan had progressed, whether there was any concrete target decided upon, or whether the men had already obtained either of the lethal substances remained unclear on Monday. The prosecutor’s office said there was no indication of involvement by Iranian government agencies in the alleged plot.

According to the Robert Koch Institute, the German government’s national health and disease control agency, ricin is classified as a “biological weapon” of war. Cyanide is also highly toxic; even the smallest amount can have a lethal effect on humans.

Officials said Monday that, during searches of multiple locations in connection with the investigation, they found a package with unknown contents in a garage, which was to be removed for inspection. Some homes in the immediate vicinity were evacuated as a precaution.

Evidence was removed in sealed blue barrels and taken to a decontamination point set up at the local fire department.

The Federal Criminal Police Office in Germany has been investigating the Iranians for several days, the Düsseldorf Attorney General’s Office said. The U.S. Federal Bureau of Investigation (FBI) reportedly tipped the German authorities off to the threat of a chemical attack.

No cyanide or ricin were found during the search of the 32-year-old man’s apartment, the attorney general’s office said.

The man came to Germany as a refugee, according to the prosecutor’s office, claiming to be a Christian persecuted in Iran. His brother, who is older, was convicted previously of attempted murder after throwing a tree branch off a bridge onto a highway, seriously injuring a woman. He was recently a resident at a drug rehabilitation facility, but had been allowed to come back home for the weekend.

On Monday, taskforce members were still searching two garages on property linked to the man, according to the prosecutor general’s office, and members of the fire department’s Analytical Taskforce were deployed to ensure safe handling of any dangerous substances.

Germany has strict data protection and surveillance laws which largely bar snooping on citizens’ online activities or monitoring their movements by domestic agencies, though the country does generally respond quickly to foreign-gathered intelligence.

“The important thing is to know early on who is planning something,” Reul said on a morning show of Germany’s public broadcaster ARD. He said he didn’t understand why Germany was neglecting opportunities offered by modern surveillance.

“We are very cautious about this in Germany,” he said, adding that, thankfully, international cooperation among security authorities worked well enough to disrupt the alleged plot and catch the accused men.