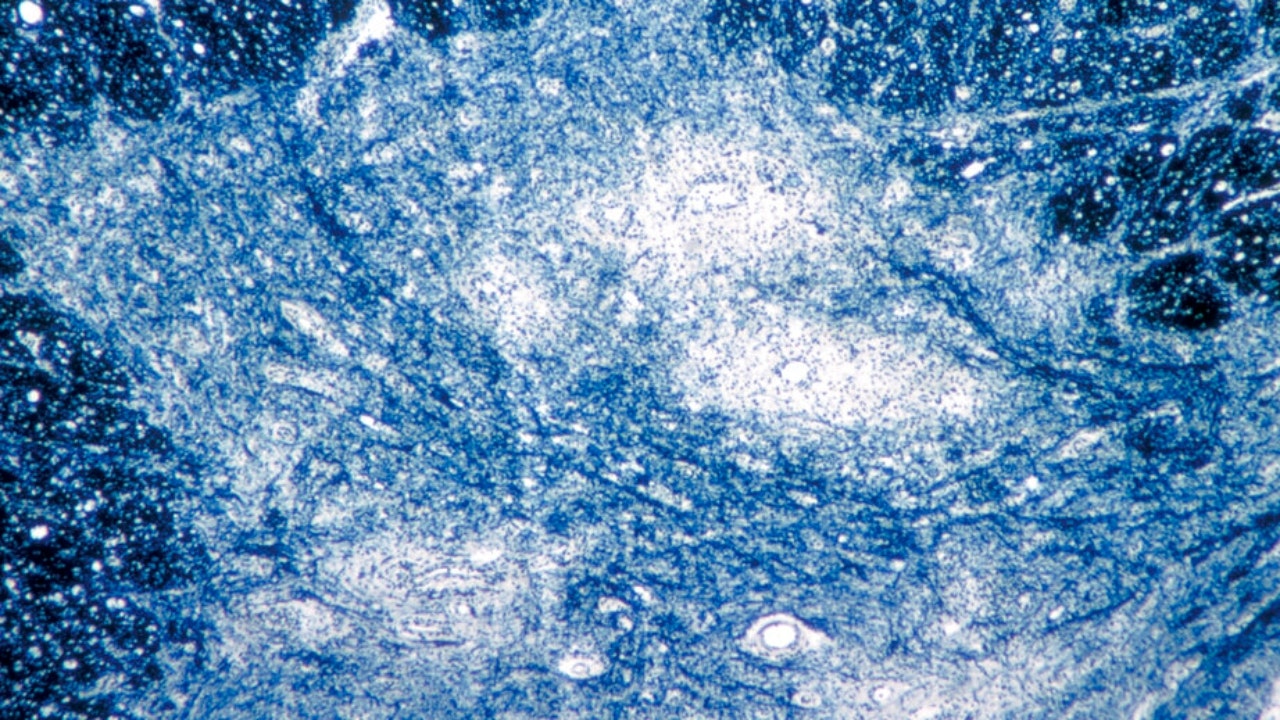 Polio was paralyzing tens of thousands of children a year in dozens of countries around the world just a few decades ago, but the virus is now only endemic in Pakistan and Afghanistan.

Part of the success in eradicating the virus is due to the nearly $5 billion that the Gates Foundation has contributed to the Global Polio Eradication Initiative.

This 1964 microscope image made available by the U.S. Centers for Disease Control and Prevention shows damage from the polio virus to human spinal cord tissue.
(Dr. Karp/Emory University/CDC via AP)

“Polio eradication is within reach. But as far as we have come, the disease remains a threat. Working together, the world can end this disease,” Bill Gates said in a statement.

Despite the success in fighting the virus, samples of the poliovirus have been detected in wastewater this year, in New York. A 20-year-old Rockland County man became paralyzed after contracting the virus this summer.

A research assistant prepares a PCR reaction for polio at a lab at Queens College on August 25, 2022, in New York City.
(ANGELA WEISS/AFP via Getty Images)

Polio was also detected in wastewater in London earlier this year.

The Global Polio Eradication Initiative will require $4.8 billion in funding through 2026 with the goal of vaccinating 370 million children.

“The fight against polio has done far more than protect children against polio. It has played a key role in strengthening health systems,” Melinda French Gates said in a statement.

Paul Best is a breaking news reporter for Fox News Digital and Fox Business. Story tips and ideas can be sent to [email protected] and on Twitter: @KincaidBest.