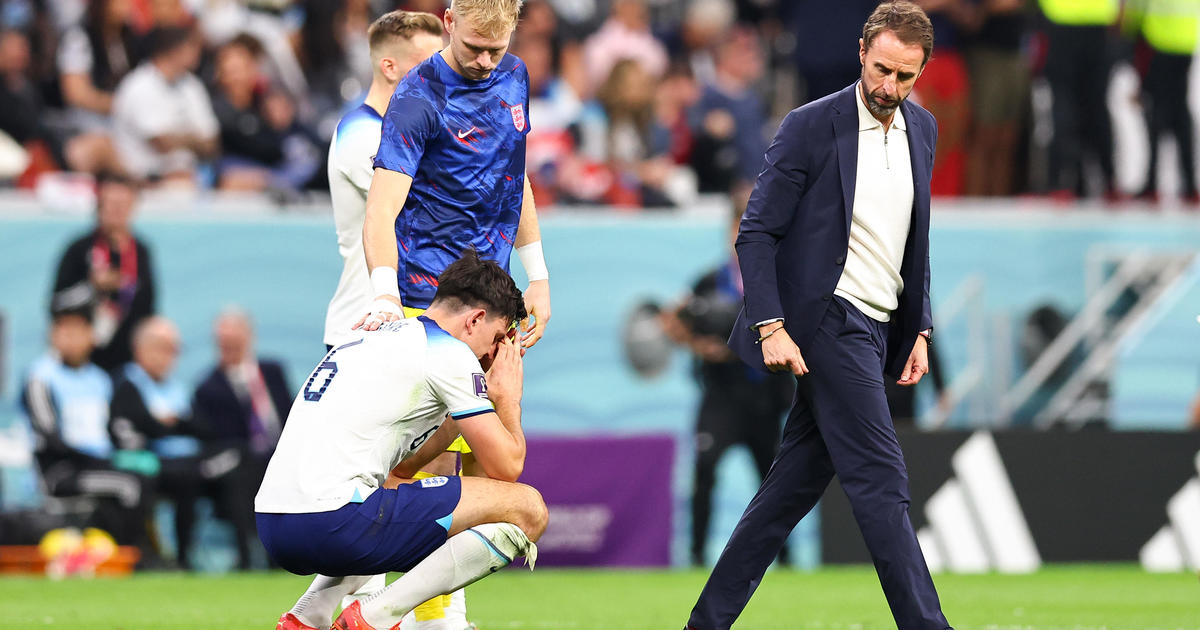 
France’s players reacted as if they had already won the World Cup. What they were actually celebrating, though, was Harry Kane’s missed penalty.

The match wasn’t over yet, but France was leading 2-1 when Kane, England’s captain and its best player, stepped up to take a penalty that would even the score in the 84th minute of Saturday’s match at Al Bayt Stadium.

He sent his shot high over the bar and defending champion France held on to win 2-1 for a spot in the semifinals.

“That’s football,” England coach Gareth Southgate said. “There is nobody I would rather have in that situation and if we had one tomorrow, I’d feel exactly the same way.”

France is looking to become the first country to successfully defend its World Cup title since Brazil — led by Pele — won back-to-back tournaments in 1958 and 1962. Italy also won two World Cups in succession in 1934 and 1938.

France will next face Morocco on Wednesday for a spot in the final. The Moroccans became the first African team to reach the semifinals at the World Cup by beating Portugal 1-0 earlier in the day.

“We are getting to the semifinals. We are closer to the final and this was an important achievement tonight and we can believe, but we have an important game on Wednesday,” France coach Didier Deschamps said. “In the past the world champions didn’t always do well in the next World Cup and we’ve managed to do that.”

France knows that all too well.

As defending champions in 2002, the French team was eliminated in the group stage. France reached the final in 2006, losing to Italy in a penalty shootout, and then was knocked out in the group stage four years later in 2010.

On Saturday, Aurelian Tchouameni gave France the lead but England evened the score when Kane converted from the penalty spot in the 54th minute. Olivier Giroud put France back in front with a header in the 78th minute, setting up Kane for that chance to equalize again against his Tottenham teammate, France goalkeeper Hugo Lloris.

That’s when he blasted his shot over.

“It is very difficult when you get a second penalty and, of course, a goalkeeper that knows you really well as well,” Southgate said. “There’s a lot involved in that situation. He’s the best, but the best are still 85% (accurate), so even the best are going to miss at times.”

Kane sank to his knees after the final whistle. His earlier goal put him in a tie with Wayne Rooney as his country’s leading scorer, but that wasn’t what mattered.

At the same time, an elated France team ran across the field in a blue wave of celebration before gathering together in a huddle, bouncing up and down joyously.

FIFA, meanwhile, also paid tribute at the match to prominent U.S. soccer journalist Grant Wahl, who collapsed and died in the early morning hours Saturday while covering the quarterfinal match between Argentina and the Netherlands.

A posy of white lilies and a framed photograph of Wahl taken in Qatar was left at Wahl’s media seat that had been assigned to the 49-year-old journalist.

“Tonight we pay tribute to Grant Wahl at his assigned seat in Al Bayt Stadium. He should have been here,” FIFA said in a statement. “Our thoughts remain with his wife Céline, his family, and his friends at this most difficult time.”

About 20 minutes before the match started, the photograph of Wahl was displayed on big screens in two corners of the stadium. An announcement about his death was made to fans who applauded him. Wahl was reporting at his eighth World Cup.

Wahl’s agent, Tim Scanlan, told CBS News that the journalist “appeared to have suffered some sort of acute distress in the press room” of Lusail Stadium, when Argentina and the Netherlands began playing in extra time. Paramedics were called to the scene, Scanlan said, but were unable to revive him.

A prolific journalist, Wahl wrote for multiple outlets and was a CBS Sports contributor. He was an analyst on CBS Sports HQ throughout the Qatar World Cup, and wrote guest columns focused on the U.S. men’s national team for CBS Sports. He was also an editorial consultant for soccer documentaries on Paramount+.