Former Nazi camp secretary, 97, appeals conviction of being an accessory to more than 10,000 murders 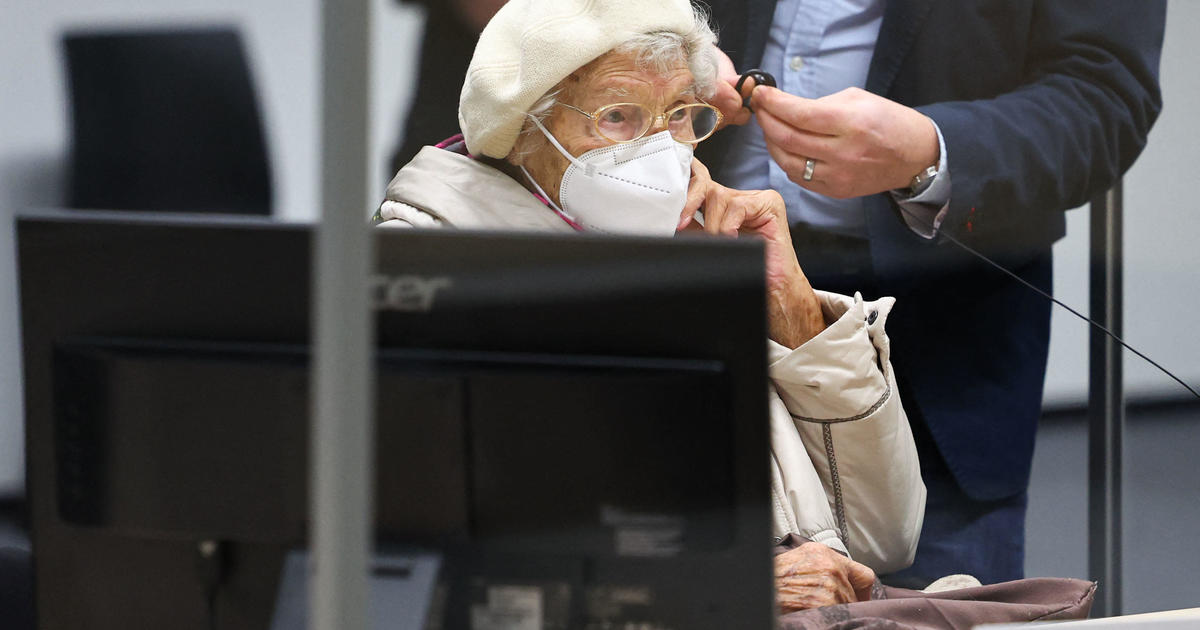 
A 97-year-old woman is appealing her conviction in Germany of being an accessory to more than 10,000 murders when she was a secretary to the commander of the Nazis’ Stutthof concentration camp during World War II.

In a Dec. 20 verdict, the Itzehoe state court gave Irmgard Furchner a two-year suspended sentence for being an accessory to murder in 10,505 cases and an accessory to attempted murder in five cases. The court said Wednesday that both the defense and a lawyer for a co-plaintiff filed appeals to the Federal Court of Justice.

It wasn’t immediately clear when the federal court will consider the case.

Furchner was accused of being part of the apparatus that helped the camp near Danzig, now the Polish city of Gdansk, function between June 1943 and April 1945.

The case relied on a German legal precedent established over the last decade that allows anyone who helped Nazi death camps and concentration camps function to be prosecuted as an accessory to the murders committed there, even without evidence of participation in a specific killing.

Defense lawyers had sought Furchner’s acquittal, arguing that the evidence hadn’t shown beyond doubt that she knew about the systematic killings at the Stutthof camp, meaning there was no proof of intent as required for criminal liability.

But presiding Judge Dominik Gross said as he announced the verdict that it was “simply beyond all imagination” that Furchner didn’t notice the killings at Stutthof.

Furchner was tried in juvenile court because she was 18 and 19 when the alleged crimes were committed and the court couldn’t establish beyond a doubt her “maturity of mind” at the time.

During World War II, the Nazis imprisoned more than 100,000, mainly Jews, in deplorable conditions at the Stutthof camp. Around 65,000 people died there, according to historians.

The camp was notorious for its deliberate lack of care for the prisoners, and while most people who perished did so from disease, debilitation or mistreatment, there was also a gas chamber and a neck-shooting facility.

Furchner worked directly for the commander of Stutthof, Paul-Werner Hoppe. He was imprisoned in 1955 for being an accessory to murder, though he was released five years after that.

When her trial began in September last year, Furchner, then 96, went on the run, disappearing from her retirement home. After a warrant was issued for her arrest, she was picked up by police in Hamburg and spent five days in custody.

Furchner is one of only a few women in decades to be tried for Nazi crimes.

The court that convicted her heard testimony from a number of survivors of the camp, some of whom died during the course of the trial.

Josef Salomonovic, a survivor who was 6 years old when his father was shot and killed at Stutthof, told journalists outside the court that Furchner was “indirectly guilty,” CBS News partner network BBC News reported. “Even if she just sat in the office and put her stamp on my father’s death certificate.”

Another important witness was historian Stefan Hördler, who traveled with judges to the Stutthof site to see that some of the worst conditions of the camp were visible from the commander’s office. Hördler told the court that 27 transports carrying 48,000 people arrived at the camp between June and October 1944, when the Nazi’s decided to expand and speed up their killings by using gas. He described the commander’s office as the “nerve center” of the camp, BBC News reported.

At the end of the proceedings, in her only statement in court, Furchner said: “I am sorry for everything that happened, and I regret that I was in Stutthof at the time. That’s all I can say.”

Another Stutthof survivor, Manfred Goldberg, spoke out against the suspended jail sentence handed down to Furchner, which means she will not actually serve the prison time.

“No one in their right mind would send a 97-year-old to prison, but the sentence should reflect the severity of the crimes,” Goldberg told journalists, according to the BBC.

“If a shoplifter is sentenced to two years, how can it be that someone convicted for complicity in 10,000 murders is given the same sentence?”