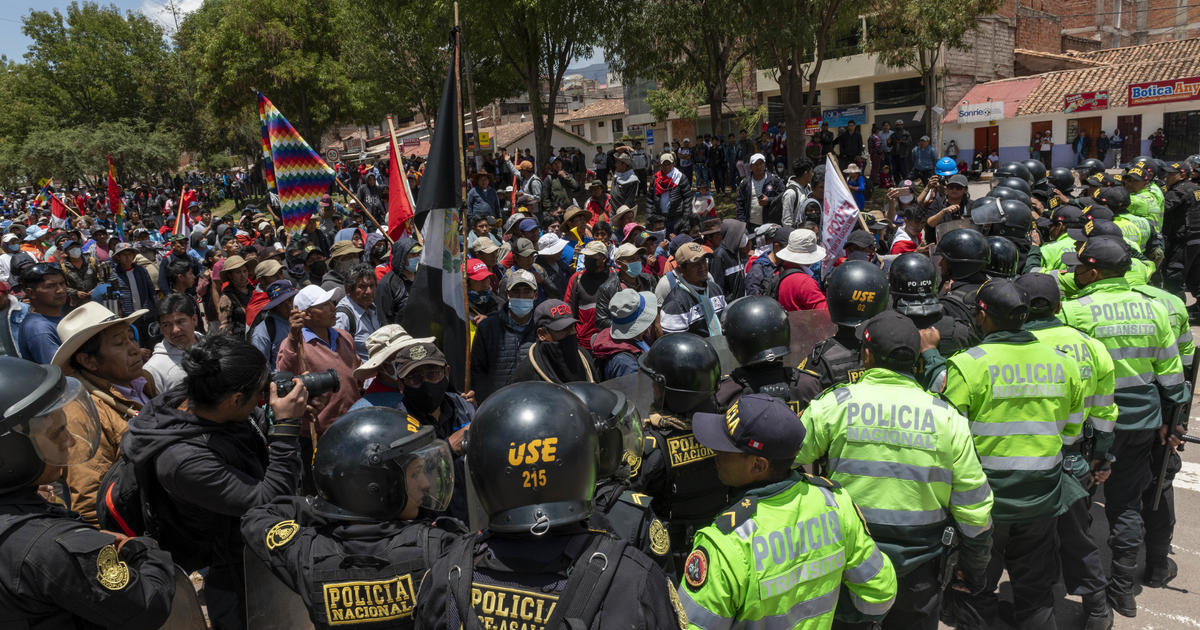 
Protests against Peruvian President Dina Boluarte’s government that have left 47 people dead since they began a month ago spread through the south of the Andean country on Wednesday with new clashes reported in the tourist city of Cusco.

Health officials in Cusco said 16 civilians and six police officers were injured after protesters tried to take over the city’s airport, where many foreign tourists arrive to see sites including the nearby Incan citadel of Machu Picchu.

Protests and road blockades against Boluarte and in support of ousted President Pedro Castillo were also seen in 41 provinces, mainly in Peru’s south.

The unrest began in early December following the destitution and arrest of Castillo, Peru’s first president of humble, rural roots, following his widely condemned attempt to dissolve Congress and head off his own impeachment.

The protest, mainly in neglected rural areas of the country still loyal to Castillo, are seeking immediate elections, Boluarte’s resignation, Castillo’s release and justice for the protesters killed in clashes with police.

Some of the worst protest violence came on Monday when 17 people were killed in clashes with police in the city Juliaca near Lake Titicaca and protesters later attacked and burned a police officer to death.

In total, Peru’s Ombudsman’s Office said that 39 civilians have been killed in clashes with police and another seven died in traffic accidents related to road blockades, as well as the fallen police officer.

Peru’s government has announced a three-day curfew from 8 p.m. to 4 a.m. in Puno.

The National Prosecutor’s Office said it has requested information from the Presidency of the Council of Ministers and the defense and interior ministries for an investigation it has opened against Boluarte and other officials for the protest deaths.

In Juliaca, in Puno province, a crowd marched alongside the coffins of the 17 people killed in Monday’s protests.

“Dina killed me with bullets,” said a piece of paper attached to the coffin of Eberth Mamani Arqui, in a reference to Peru’s current president.

“This democracy is no longer a democracy,” chanted the relatives of the victims.

As they passed a police station, which was guarded by dozens of officers, the marchers yelled: “Murderers!”

Meanwhile, a delegation from the Inter-American Commission on Human Rights began a visit to Peru on to look into the protests and the police response.

Boluarte was Castillo’s former running mate before taking over the presidency. She has said she supports a plan to push up to 2024 elections for president and congress originally scheduled for 2026. She’s also expressed support for judicial investigations into whether security forces acted with excessive force.

But such moves have so far failed to quell the unrest, which after a short respite around the Christmas and New Year’s holidays have resumed with force in some of Peru’s poorest areas.

Castillo, a political novice who lived in a two-story adobe home in the Andean highlands before moving to the presidential palace, eked out a narrow victory in elections in 2021 that rocked Peru’s political establishment and laid bare the deep divisions between residents of the capital, Lima, and the long-neglected countryside.