Crypto World Meets Boris Johnson: A Match Made In Heaven Or Hell? 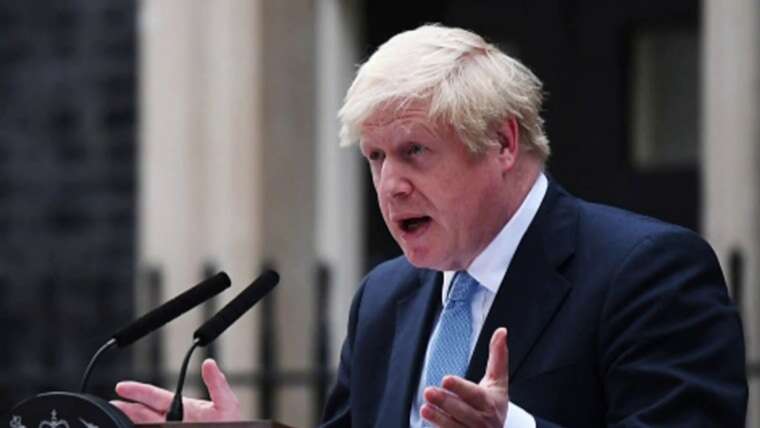 Earlier in the week, it was reported that former UK prime minister Boris Johnson will be one of the keynote speakers at a crypto conference in Singapore. The International Symposium on Blockchain Advancements being held on Dec. 2 at the 5-star InterContinental hotel is said to be “provoking meaningful questions and discussions” in an effort to drive the migration to a digital economy, according to the information on its website.

This conference will mark Johnson’s first speaking engagement in the crypto space and could possibly mark the start of a deeper involvement in the industry for him. However, it is unclear what stance the ex-PM will take during his speech.

Johnson has been known to take an ‘on the fence’ stance as he did with his Brexit document published a few days before the referendum. However, given that he is no longer the prime minister of the UK, it is possible to see a positive take from him during this time.

Former US vice president, Dick Cheney, is also expected to join Boris at the crypto conference. Cheney will be a featured guest speaker at the day-long gathering as Boris makes his crypto debut. Johnson who has been jet-setting around the world since resigning as PM looks to continue as he begins accepting crypto speaking engagements.

Not Just Speaking For Crypto

Johnson’s speaking engagements have rolled in since he stopped being the UK PM. He reportedly received a $150,000 (£130,000) payment to appear at an event for the Council of Insurance Agents and Brokers in Colorado, where he gave a 90-minute speech and engaged in a ‘fireside chat’.

Boris has also expressed an interest in attending the Cop27 climate summit being held in Egypt on account of being “invited by the Egyptians.” However, it is unclear if Johnson is seeking payment for this, and current UK Prime Minister Rishi Sunak is reportedly attending the climate summit.

Speaking engagements are not the only thing the ex-PM has shown an interest in though. Johnson has also indicated that he might return to journalism and complete a biography of Shakespeare he had begun years ago before he became PM.

Boris Johnson is still a Member of Parliament (MP) for Uxbridge and South Ruislip. His influence on crypto is still yet to be determined but shows a growing interest in crypto among the world’s elite.