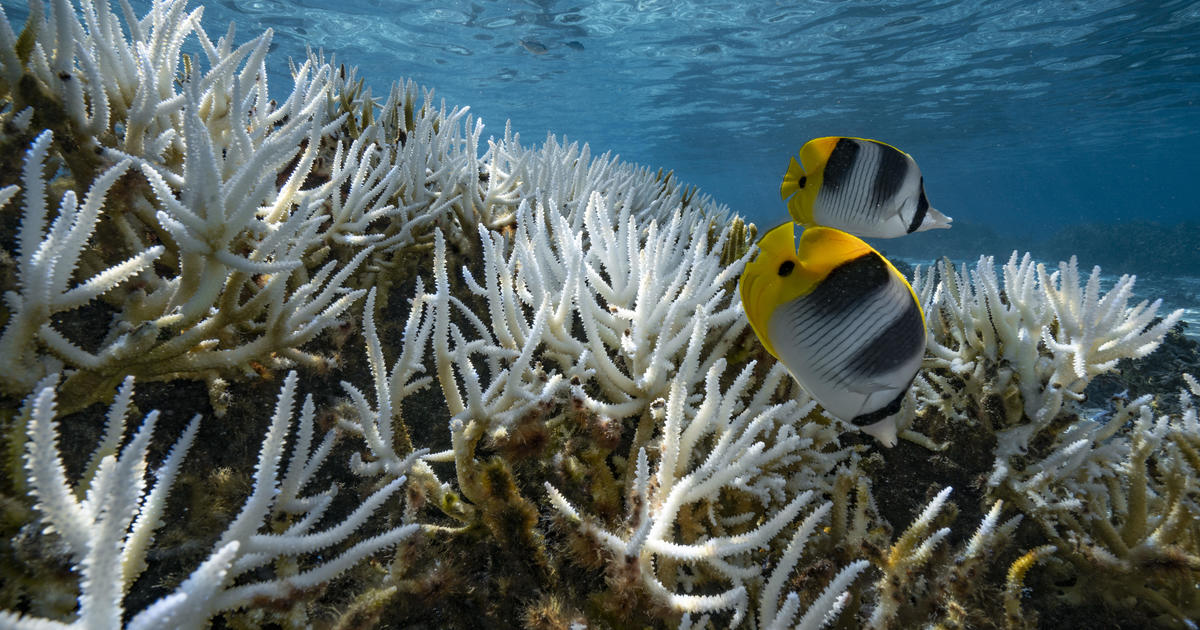 
Paris — Fish that have lost food due to mass coral bleaching are getting into more unnecessary fights, causing them to expend precious energy and potentially threatening their survival, new research said Wednesday. With the future of the world’s coral reefs threatened by climate change, a team of researchers studied how a mass bleaching event affected 38 species of butterflyfish.

The colorfully patterned reef fish are the first to feel the effect of bleaching because they eat coral, so their “food source is hugely diminished really quickly,” said Sally Keith, a marine ecologist at Britain’s Lancaster University.

Keith and her colleagues had no idea a mass bleaching event was coming when they first studied the fish at 17 reefs off Japan, the Philippines, Indonesia and Christmas Island.

But when one of history’s worst global bleaching events struck in 2016, it offered “the perfect opportunity” to study how it affected the fish’s behavior, Keith told AFP.

The researchers returned within a year and were “shocked” to see the devastation of the once beautiful reefs, she said.

Donning their snorkels or scuba gear, the team watched the fish “swimming around looking for food that just isn’t there anymore,” she said. “There was a bit of crying in our masks.”

The bleaching particularly affected Acropora coral, the main food source for the butterflyfish.

That “changed the playing field of who’s eating what,” Keith said, putting different species of butterflyfish in increased competition for other types of coral.

When a butterflyfish wants to signal to a competitor that a particular bit of coral is theirs, they point their noses down and raise their spiny dorsal fins.

If that fails, one fish will chase the other, usually until the other gives up.

“I followed one for about 50 meters (165 feet) once, that was quite tiring, they’re very fast,” Keith said.

The team observed 3,700 encounters between butterflyfish. Before the coral bleaching event, different species of butterflyfish were able to resolve disputes using signalling around 28% of the time.

But that number fell to just 10% after the bleaching, indicating many “unnecessary attacks,” according to the new study in the journal Proceedings of the Royal Society B.

“Making poor decisions about who to fight, and where to invest their really valuable energy, could be that little bit that tips them over the edge towards actual starvation,” said Keith, the study’s lead author.

It is not clear if the fish will be able to adapt to the changes brought about by coral bleaching quickly enough, the researchers warned.

It could also have knock-on effects between species and up the food chain, she added.

Modelling research last year found that even if the Paris climate goal of holding global warming to 1.5 degrees Celsius is reached, 99% of the world’s coral reefs will not be able to recover. At two degrees of warming, the number rose to 100%.