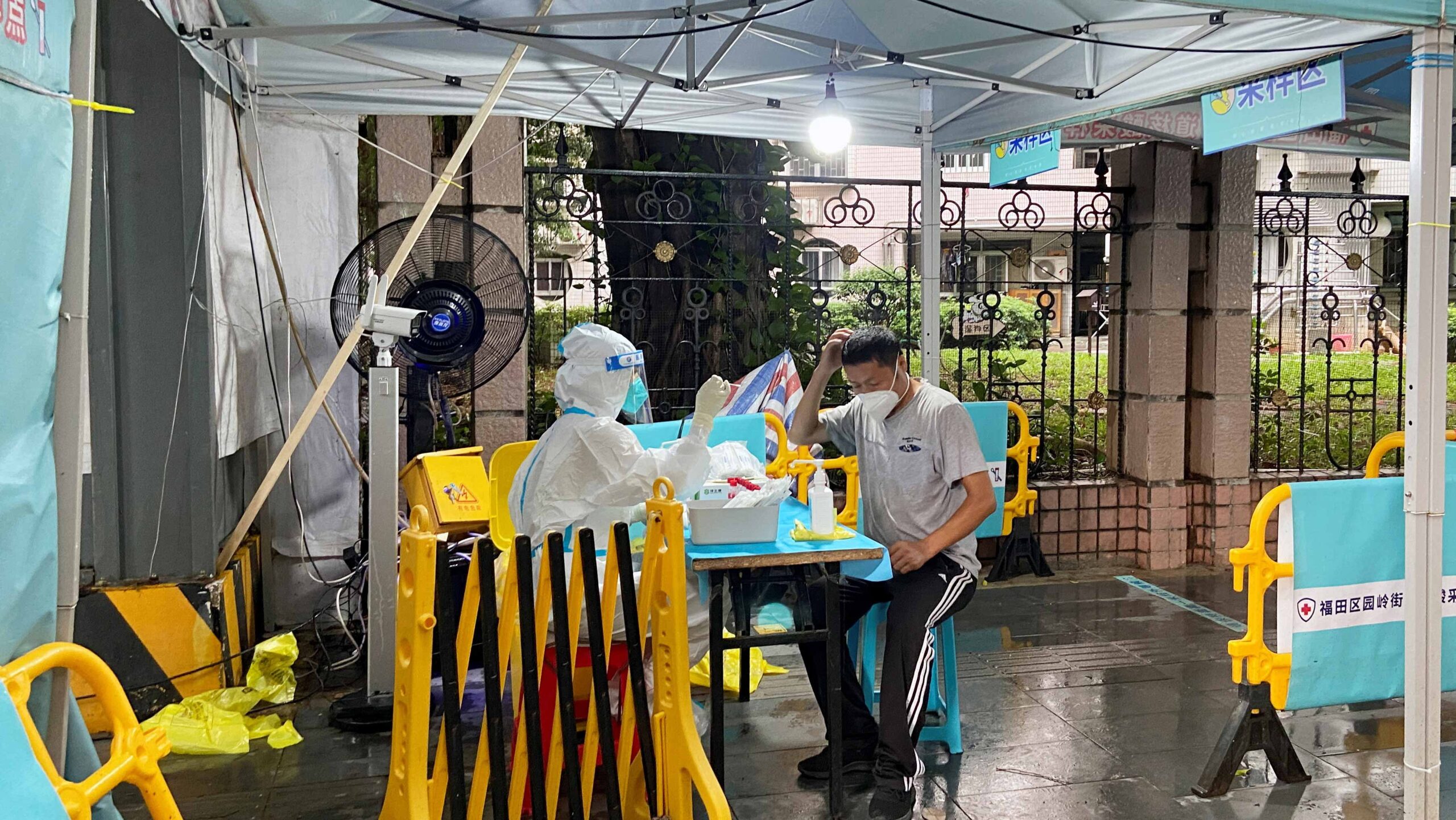 The southern Chinese tech hub Shenzhen tightened COVID curbs as cases continued to mount on Thursday, with large events and indoor entertainment suspended for three days in the city’s most populous district, Baoan.

At least half of the Shenzhen’s ten districts, home to over 13 million of the city’s residents, have now ordered blanket closures of entertainment venues and halted or reduced restaurant dining.

Education authorities have postponed the start of the new school semester, which was largely planned to begin on Thursday.

CHINA CITY OF CHENGDU ON COVID LOCKDOWN AMID SPIKE

Officials urged residents not to leave the city unless on urgent matters in a statement issued late on Wednesday.

It did not specify how officials would police the new requirement, but demanded government, Communist party authorities and state-owned firms make sure their employees are not making unnecessary trips outside the city.

A pop-up COVID testing site can be seen here testing people for COVID in Shenzhen, Guangdong province, China, on Aug. 31, 2022, as COVID cases rise in the area.
(REUTERS/David Kirton)

Residents who must leave have to show proof of two negative tests within 48 hours, according to the statement.

Authorities have traced a cluster of cases to a dance hall in the city’s central business district of Futian, and were urging recent visitors there to report themselves to local health authorities.

The world’s largest electronics market at Huaqiangbei remains closed after authorities shut it on Monday.