Bethlehem rebounds from pandemic, lifting Christmas spirits as thousands are expected to visit 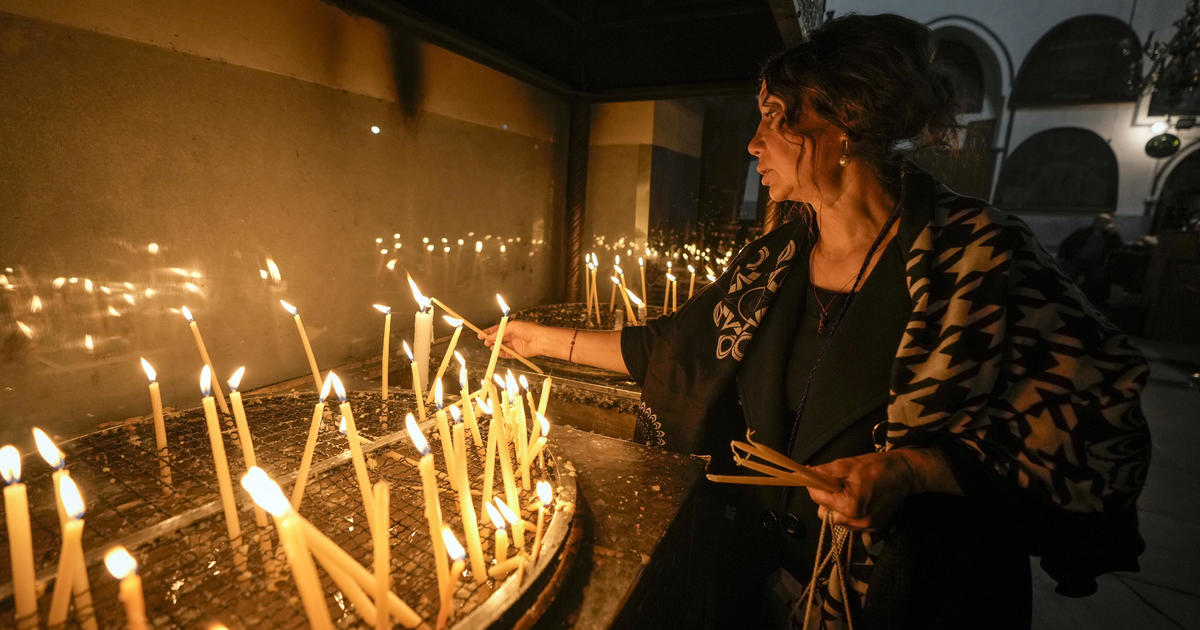 
The biblical town of Bethlehem marked what was shaping up to be a merry Christmas on Saturday, with thousands of visitors expected to descend upon the traditional birthplace of Jesus as it rebounds from the coronavirus pandemic.

Tourism is the economic lifeblood of this town in the occupied West Bank, and for the past two years, the pandemic kept international visitors away. This year, visitors are back, hotels are full and local shopkeepers have reported a brisk business in the runup to the holiday.

At midday Saturday, hundreds of people were taking part in Christmas Eve celebrations in Manger Square. Marching bands pounding on drums and playing bagpipes paraded through the area, and foreign tourists meandered about and snapped selfies with the town’s large Christmas tree behind them.

Daisy Lucas, a 38-year-old Filipina who works in Israel, said it was a dream come true to mark the holiday in such an important place.

“As a Christian walking in the places in the Bible, it’s so overwhelming,” she said. ‘This is the birthplace of Jesus Christ. As a Christian, that’s one achievement that’s on my bucket list.”

Latin Patriarch Pierbattista Pizzaballa, the top Roman Catholic clergyman in the Holy Land, was expected to arrive from nearby Jerusalem to greet well-wishers. Later, he was to celebrate Midnight Mass in the nearby Church of the Nativity, built on the spot where Christians believe Jesus was born.

Billions of Christians were ushering in the holiday, wrapping up a tumultuous year characterized by conflict and violence in many parts of the world.

In war-ravaged Ukraine, the glitzy lights normally spread over over Kyiv’s Sophia Square are missing due to restrictions and power cuts. Instead, a modest tree decorated with blue and yellow lights barely break the gloom of the square. Mayor Vitali Klitschko has called it the “Tree of Invincibility.”

In the United States, a wild winter storm continued to envelop much of the country, bringing blinding blizzards, freezing rain, flooding and life-threatening cold that created mayhem for those traveling for the holiday.

Present-day reality was visible at Manger Square as banners showing photos of Palestinian prisoner Nasser Abu Hamid were prominently displayed. The veteran prisoner died of cancer last week in an Israeli prison clinic after spending some 20 years behind bars for his conviction in the deaths of seven Israelis.