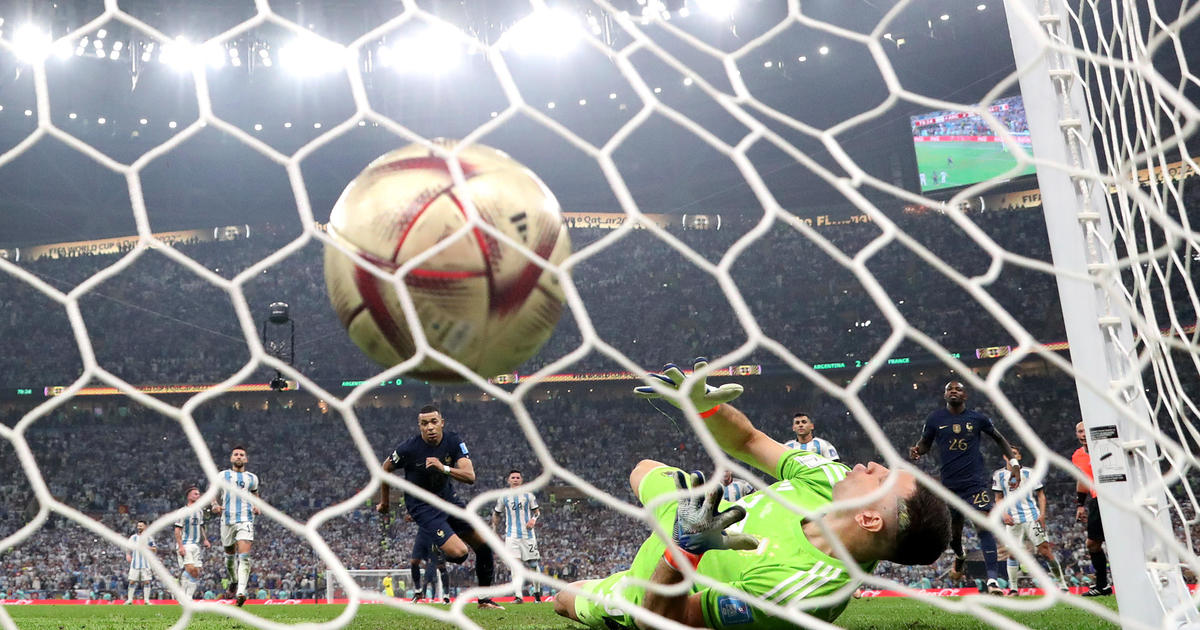 
Argentina challenged France, the defending champion, at the 2022 World Cup final in Lusail, Qatar, on Sunday. The teams were tied 2-2 as the game entered extra time, two additional 15-minute periods.

Argentina started off strong in Sunday’s match, and had gained a 2-0 lead over France by half-time. Both Messi and Angel Di Maria scored goals during the first half of the game, with Messi scoring on a 23rd-minute penalty kick after a foul on Di Maria. Thirteen minutes later, Di Maria scored after finishing off a five-pass team move involving a deft flick from Messi. France’s Kylian Mbappé scored his team’s first goal in the 71st minute, and quickly followed up with another.

Di Maria, who started for the first time since sustaining a foot injury during Argentina’s match against Poland in the final round of group games, took the place of Leandro Paredes in the midfield as the team again rolled out a 4-4-2 formation, with Messi leading as one of two forwards. Mbappé started up front for France alongside Olivier Giroud, who had overcome a minor knee injury. Dayot Upamecano and Adrien Rabiot also started after having previously been replaced by Ibrahima Konaté and Youssouf Fofana, respectively, due to illness.

Messi now has 12 World Cup goals — the same as Brazilian icon Pelé — and is the first player to score in the group stage and every round of the knockout stage in a single edition of the tournament.

The player’s appearance at the World Cup, for the 26th time, was a record in itself, breaking what was previously a tie with Germany’s Lothar Matthäus. Those matches have been spread over five World Cups, beginning in 2006. Messi’s 12 goals mean he is tied with Pelé in sixth place for most World Cup goals scored by a single player in the tournament’s history.

Among the cheering crowds filling the stands at Lusail stadium on Sunday was French President Emmanuel Macron. About 45 minutes before kickoff, Macron was seen chatting in the VIP section with Swedish striker Zlatan Ibrahimović, who played for four seasons at Paris Saint-Germain, and France midfielder Paul Pogba, who has had to watch the entire World Cup from the sidelines due to an injury.

Pogba scored in the final when France won the 2018 World Cup but was not fit for selection at this tournament. Macron also attended the final four years ago, when France beat Croatia 4-2, and later celebrated with players in the locker room.

The World Cup champions will earn $42 million in prize money for their soccer federation while the losing team in the final will get $30 million from a FIFA prize fund of $440 million.

Not all of the money goes to players, but they are expected to receive a substantial portion. French players such as Kylian Mbappé are in line to be paid a bonus of 554,000 euros (or $586,000) by their federation for winning the final, French sports daily L’Equipe reported.

Third-place team Croatia earned $27 million in prize money and Morocco, which ended in fourth place, will be paid $25 million.