Another atmospheric river is headed for California. What’s behind these damaging storms? 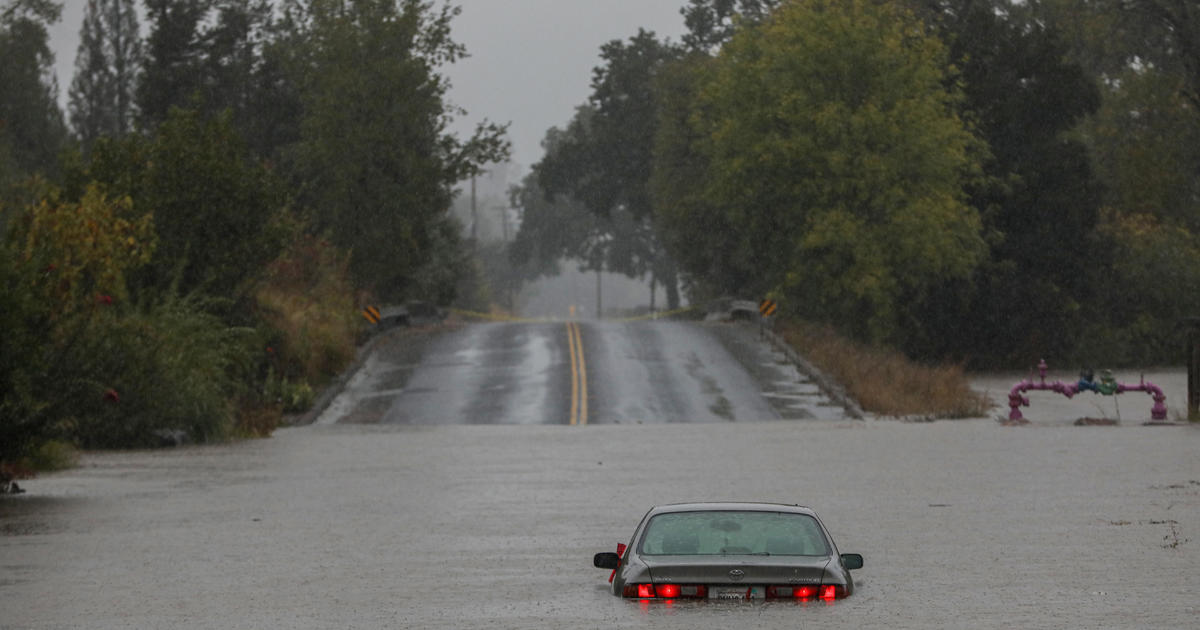 
Another “atmospheric river” is expected to bring widespread flooding to parts of California this week – and it’s not the first time the strong, damaging weather phenomenon has wreaked havoc in the state in recent days. What is an atmospheric river and why are they in the forecast for the West Coast?

What are atmospheric rivers?

Atmospheric rivers are long regions in the atmosphere that transport water. The water vapor they carry is roughly equivalent to the average flow of water at the mouth of the Mississippi River, according to National Oceanic and Atmospheric Administration. So, when they make landfall and release that water, they can cause extreme flooding.

They are an important part of the world’s ocean water cycle, often contributing to water supplies – but can also bring destruction, according to NOAA.

How destructive are they?

In 2009, an atmospheric river that hit northwest Britain carried about 4,500 times the amount of water than the River Thames in London, causing extreme flooding in the area, according to a 2013 study by University of Reading and University of Iowa.

A 1998 study by MIT found an atmospheric river can have the same moisture flux as the Amazon River – carrying about 176,000 tons of water per second.

United States Geological Survey says high-intensity atmospheric rivers can be as destructive as hurricanes. Similar to hurricanes, they have a rating system, but their ratings incorporate the idea that they can be beneficial, hazardous or both. An category 1 atmospheric river would be primarily beneficial, while a category 5 would be primarily hazardous, according to the geological survey.

In addition to heavy flooding, they can also cause landslides and strong winds that can knock over trees and power lines.

Not all atmospheric rivers cause damage, and can bring necessary rain or snow to water supplies. Such was the case in 2010, when an atmospheric river brought 11 to 25 inches of rain to parts of the West Coast and much-needed snowpack, or the snow in the mountains, according to NOAA.

The recent atmospheric river that hit California on New Year’s weekend caused heavy flooding in the San Francisco Bay Area as well as landslides of rock and mud that closed roads across the area. Thousands of Pacific Gas and Electric customers lost power during the storm, CBS San Francisco reports.

The National Weather Service Bay Area said 5.46 inches of rain was dumped on San Francisco on Dec. 31 – making it the second wettest day in more than 170 years of records for that area. Oakland had its wettest day on record since 1970 while Redwood City had its third wettest since 1906

A flood advisory was issued for much of the Bay Area, which has been lifted. The atmospheric river also brought snowpack to the Sierra Nevada mountain range and Lake Tahoe.

How common are they?

There are seven atmospheric rivers present in the world at any given time – and they’re not just in the West Coast of the U.S., according to the Weather Channel.

In 2015, an atmospheric river that was more than 5,000 miles long accompanied a massive Atlantic storm called Storm Desmond, causing widespread flooding in the U.K., Ireland and Norway.

The 2013 study by University of Reading and University of Iowa found the phenomenon may become more common in the U.K. and cause more severe winter flooding. The increase in atmospheric rivers is caused by climate change, researchers say.

In 2010, the Mid-Atlantic states in the U.S. experienced a “snowmageddon,” which was made worse by an atmospheric river.

A well-known atmospheric river is the “Pineapple Express” –  this is the system that brings water from Hawaii over to the U.S.

In the Sierra Nevada, atmospheric rivers are 2.5 times more likely to result in destructive “rain-on-snow” events – when rain falls on snowpack and freezes – than other types of winter storms, according to a study by NASA.

And while just 17% of storms on the West Coast are caused by atmospheric rivers, they contribute to 30% to 50% of California’s precipitation. They also contribute to 40% of Sierra snowpack, and more than 80% of the state’s major floods, the NASA study found.

Atmospheric rivers are predictable and can sometimes be forecast up to a week in advance, says the Weather Channel. Similar to using hurricane hunter aircraft to track hurricanes, Scripps Institution of Oceanography can drop sensors into atmospheric rivers to collect data on them.

On Tuesday, National Weather Service San Francisco warned the area is experiencing a calm before another storm. The service issued a warning for flooding and winds from Wednesday into Thursday as an atmospheric river moves through the region, and also warned other weather systems will bring additional rain and winds into next week.

The storm was expected to affect Sacramento and Los Angeles as well, according to the service.