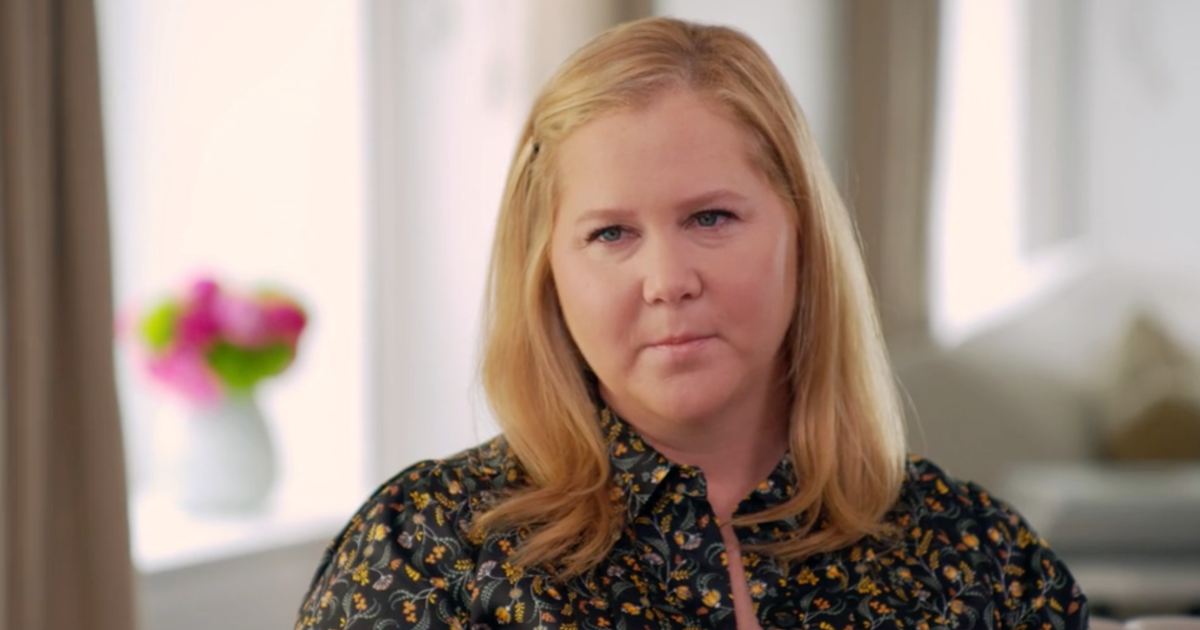 
Amy Schumer has been candid about the symptoms and procedures she’s undergone to treat endometriosis — and she’s hoping her story helps others struggling with pain to find their voices.

The comedian opened up about the “lonely disease” and the stigma associated with periods in an intimate interview with CBS News medical contributor Dr. David Agus for the new Paramount+ original docuseries “The Checkup with Dr. David Agus.” The 30-minute episode will be available to stream starting Tuesday, Dec. 13.

“I’ve been in so much pain, you know, my whole life — not just the week of my period,” said Schumer, 41, in the episode, adding that “it’s been really difficult,” Schumer said she’s been experiencing severe pain for decades since she first got her period.

Endometriosis is a disorder that occurs when the uterine lining grows outside of the uterus in places like the fallopian tubes, ovaries or other tissue around the pelvic area, which can cause painful cramping during your period, Dr. Agus explained in the episode. In addition to painful periods, other common symptoms of endometriosis include pain during intercourse, painful urination or bowel movements, cysts, infertility and more, the Mayo Clinic says.

More than 11% of American women between the ages of 15 and 44 may be affected by endometriosis, according to the Office on Women’s Health, which is part of the U.S. Department of Health and Human Services.

Last year, Schumer had a hysterectomy, a removal of the uterus, to help treat her endometriosis. She also underwent an appendectomy, explaining in an Instagram post at the time that doctors found a tumor in her “endo-ravaged appendix.”

“You know, for months, I had been complaining of pain…it was just this pain you can’t see. And, you know, there is the inclination to always think a woman is just being dramatic,” Schumer said in the interview.

Schumer has used her social media platforms to reassure others experiencing aches or pains during their menstrual cycles that their concerns are valid.

“My pain is real. Your pain is real. We have to advocate for ourselves. We have to speak up. And you know what? I’m worried this video is annoying, but I don’t care, because I hope that it helps one woman go and find out why she’s in so much pain,” Schumer said in a Sept. 21, 2021, Instagram video, which has garnered nearly 1.5 million views.

Schumer said the scars from the surgeries are worth it because she felt immediate relief.

In 2018, when Schumer was pregnant with her son Gene, she was hospitalized with hyperemesis, a severe type of morning sickness.

Schumer’s son, who is now 3 years old, was hospitalized in early November for the respiratory syncytial virus (RSV) but has since recovered.

Stream the first three episodes of “The Checkup with Dr. David Agus,” featuring revealing interviews with celebrities including Ashton Kutcher and his twin brother Michael, Oprah Winfrey and Maria Shriver, and Howie Mandel, who open up to Dr. Agus about health issues affecting them and their families.