8 teen girls charged in “swarming” murder of man in downtown Toronto: “You think you’ve seen it all” 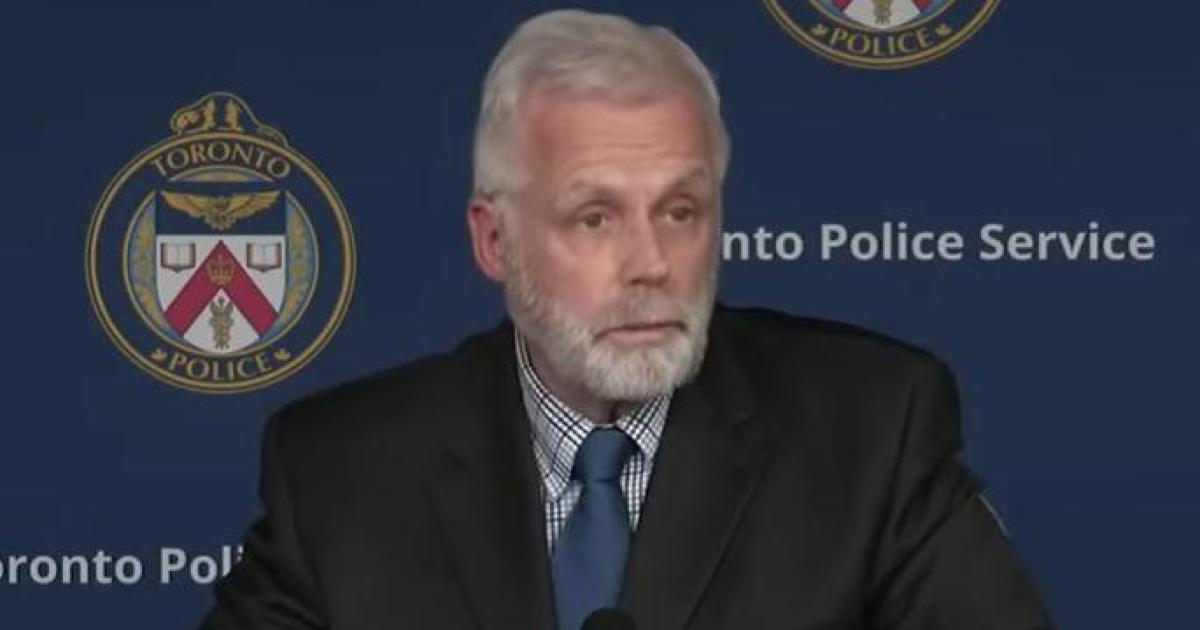 
Eight teenage girls who apparently met on social media have been charged with second-degree murder in the stabbing death of a 59-year-old man, Toronto police said Tuesday.

Investigators allege that the girls assaulted and stabbed the man in Toronto’s downtown core early Sunday morning. Police said medics took the man to a hospital, where he died.

According to police, the eight girls were arrested near where the attack happened. Three of the girls are 13 years old, three are 14 and two are 16.

Detective Sgt. Terry Browne of the Toronto Police Service Homicide Squad said they think the girls were trying to take a bottle of alcohol from the man.

“I’ve been in policing for almost 35 years and you think you’ve seen it all,” Browne said in an interview with The Associated Press. “Anyone who isn’t shocked with hearing something like this has clearly just thrown in the towel and just said that anything is possible in this world. Eight young girls and most under the age of 16. If this isn’t alarming and shocking to everyone, then we’re all in trouble quite frankly.”

Browne said the same girls got into an altercation earlier in the night in the area. He declined to release more details on that.

“They met each other through social media. They come from varying parts of the city,” Browne said. “We don’t know how or why they met on that evening and why the destination was downtown Toronto. We don’t know how long they were acquainted with each other. I wouldn’t describe them as a gang at this point.”

Browne said they took part in a “swarming.” He declined to say if they videotaped it. He said they will look to see if there are similar attacks online.

“Maybe these were eight young women that wanted to make a name for themselves and see if they could become socially famous,” he said.

Police believe they all acted in concert.

“They are all equally culpable,” he said. “There is no doubt in our minds that they were all working as a singular entity in a swarming mob mentality when they chose to attack this man.”

He said a number of weapons were seized, but he declined to say what kind. He also said three of the girls had prior encounters with the police.

“It’s bizarre that they would all have hooked up together and found their way to downtown Toronto. Their primary residences are all over the place,” he said.

Browne said police spoke to the parents of the teens.

“I can tell you it was a shock to find out that their children were involved in an event like this,” he said.

Browne said the victim started living in Toronto’s shelter system in September. He said they haven’t been able to reach certain family members and until they do they won’t release his name.

“He does have a very supportive family in the area so I wouldn’t necessarily call him homeless. Maybe just recently on some hard luck,” he said.

Browne said they are asking anyone who saw the the group of teens that night to contact police.

He said 20 or 30 years ago in Toronto young teen boys would swarm others and try to steal Dr. Martens boots or Air Jordan shoes for a time but said that faded away.

“Has this happened recently that we are not aware of? Have people been posting this stuff online that we weren’t aware of?” he said. “It’s something that we are going to try to find out.”

Girls generally account for a minority of crimes in Canada, with boys twice as likely to engage in violent behavior, according to government statistics.

According to statistics released by the Toronto Police Service, there have been 68 homicides this year, a 16% decrease since last year. The city has seen 17 stabbing deaths in 2022, marking a 13.3% increase in such homicides from 2021.

The incident comes just days after a suburban Toronto man fatally shot five people in his condominium building, including three members of the condo board.