5 dead, suspect killed in shooting in condo in Toronto suburb: 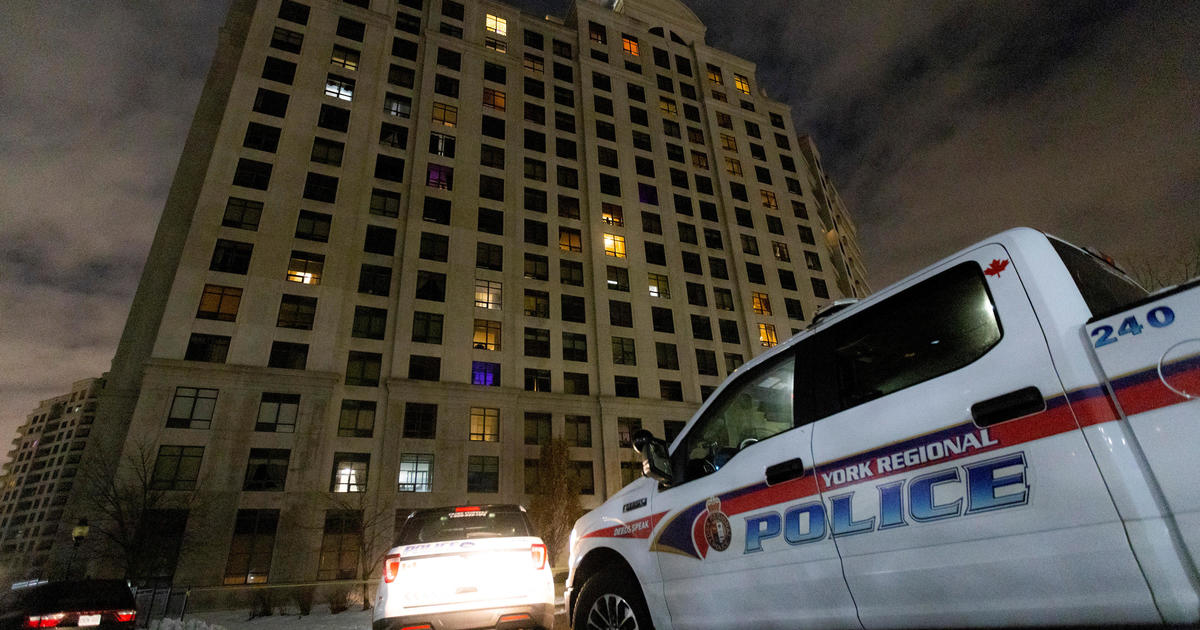 
Five people were shot and killed in a condominium building in a Toronto suburb and the 73-year-old gunman was killed by police, authorities said.

Chief James MacSween of the York regional police said one of his officers fatally shot the suspect at a condo in Vaughan, Ontario. Police did not identify the suspect, name the deceased or provide a motive.

Ontario’s Special Investigations Unit, which gets involved when there is a death or serious injury involving police, said Monday that the dead suspect was 73 years old.

“Horrendous scene,” MacSween said late Sunday. “Six deceased. One of them is the subject. The other five are victims,”

A person shot by the suspect was in the hospital and expected to survive, the police chief said..

MacSween said he didn’t have details on whether the shooter was a resident of the condominium building.

Police evacuated the building but MacSween said there was no further threat to the community. Residents were allowed to return home early Monday.

“Everybody is horrified,” Vaughan Mayor Steven Del Duca said. “To wake up to this news this morning or see it last night, we are in absolute shock. … This is something I never thought I would see here.”

Mass shootings are rare in Canada, and Toronto has long prided itself as being one of the world’s safest big cities.

Canadians are nervous about anything that might indicate they are moving closer to U.S. experiences with gun violence.

While it suffers far fewer mass shootings than its American neighbor, Canada has experienced an upsurge in gun violence, which has prompted it to recently legislate to ban handguns.

In April 2020, a gunman disguised as a policeman killed 22 people in the eastern province of Nova Scotia, Canada’s worst mass shooting.

In September this year, a man killed 11 people and stabbed 18 others, mainly in an isolated Indigenous community in Saskatchewan province.

Firearms-related violent crimes account for less than three percent of all violent crimes in Canada — but since 2009 the per capita rate of guns being fired with intent to kill or wound has increased fivefold.

Canada banned 1,500 types of military-grade or assault-style firearms in May 2020, days after the Nova Scotia shooting.

Parliament is currently considering adding more weapons to its prohibited weapons list, but the ruling Liberals have faced some pushback from hunters and sports shooters.