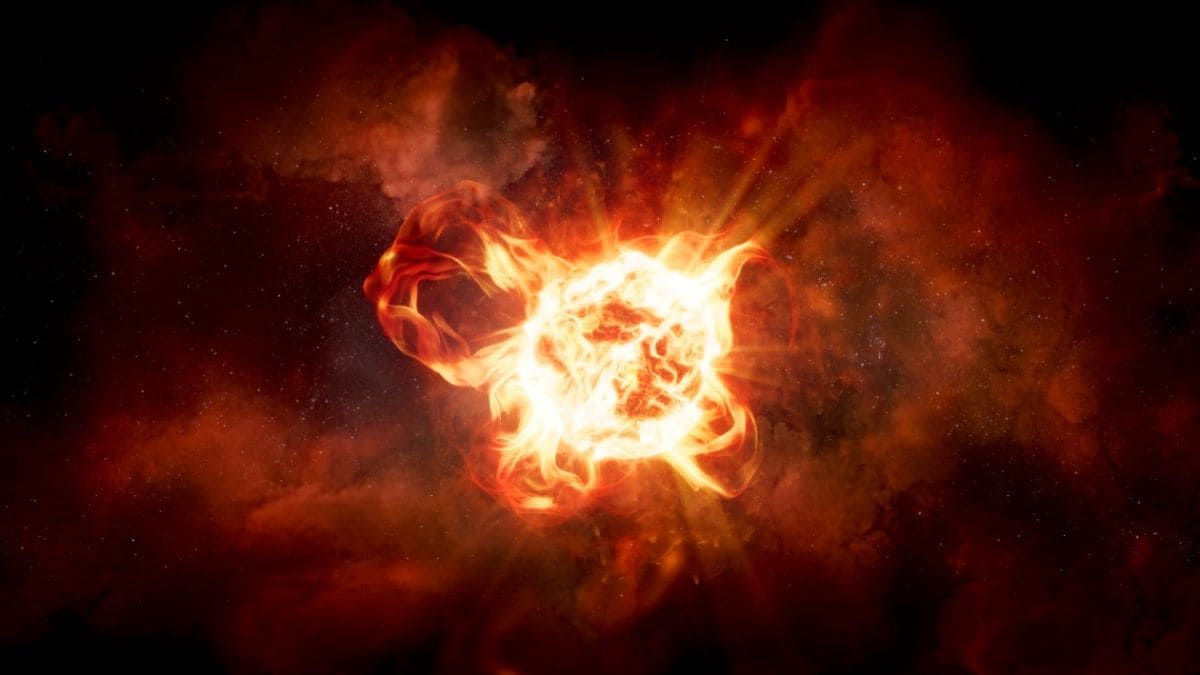 
Tracing the molecular outflow around it, a team of astronomers have created the first detailed and three-dimensional map of a giant star. The team, led by astronomers from the University of Arizona, obtained an intricate image of hypergiant star VY Canis Majoris which shed light on the processes associated with the death of giant stars. Hypergiant stars are extremely enormous stars that are very rare and very few are known to be present in the Milky Way galaxy. While stars with lower masses tend to puff up after entering their red giant phase, hypergiants significantly lose mass forming highly irregular structures such as clumps, knots and arcs.

The VY Canis Majoris or VY CMa, which has been analysed by the researchers, is located 3,009 light-years from Earth in the slightly southern constellation of Canis Major. It is described as a pulsating variable star having a size of anywhere between 10,000 to 15,000 astronomical units.

According to lead researcher Lucy Ziurys, the VY CMa is probably the most gigantic star in the Milky Way. “Think of it as Betelgeuse on steroids,” said Ziurys. She added that the star is substantially big and witnesses violent eruptions about every 200 years.

Another lead researcher, Ambesh Singh, shared that they wanted to unravel what happens at the end stage of a star’s life. “People used to think these massive stars simply evolve into supernovae explosions, but we are no longer sure about that,” Singh added.

To understand the mechanism through which a star sheds its mass, the team made use of the Atacama Large Millimeter Array, or ALMA, in Chile and traced the variety of molecules present in the material ejected by the red giant star. Through the observations made, an image of the global molecular outflow structure of the star was created by incorporating all the material ejected by the star.

The researchers are yet to process all the data received from ALMA and are still receiving more information on the star that will help create a better resolution picture.